In Portugal, as in the rest of Europe, the incidence of cancer has been steadily increasing at a rate of about 3% per year.1,2 This increase is mainly related to the aging of the population and with changes in habits and lifestyles.3

According to the 2018 edition of Health at a Glance: Europe report (Organization for Economic Co-operation and Development – OECD), Portugal has one the lowest avoidable mortality rates in Europe, reflecting greater efficacy in the treatment of patients.4

However, cancer disease remains the second leading cause of death in Portugal after cardiovascular disease5,6, and the leading cause of premature death (defined as death before the age of 70).7 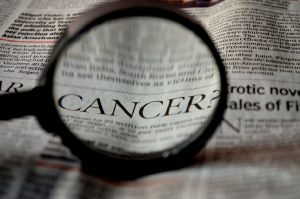 Colorectal cancer is currently one of the major forms of cancer in the world, with significant mortality and morbidity associated. In general, it is more common in older people (most patients are over 60 years at the time of diagnosis, being unusual in people with less than 40 years), in males and in urbanized regions.

According to the latest data from the International Agency for Research on Cancer (World Health Organization), colorectal cancer is currently the third most frequent type of cancer in the world and the second largest cause of death by cancer.

In 2018, Portugal has diagnosed 10 270 new cases of colorectal cancer (more than 20 cases per day), corresponding to 17,6% of the total number of new cases of cancer in the country.8 Despite the increasing therapeutic success in oncological disease, the number of deaths caused by this type of cancer has been increasing, especially in the most advanced ages.5,6 It is currently the second most deadly type of cancer (following lung cancer), accounting for approximately 4214 deaths (about 12 individuals per day)8 and about 12 years of potential life lost.9

The reduction of the mortality and morbidity associated with oncological disease depends mainly on preventive strategies and the early detection of the disease. However, the early stages of colorectal cancer are usually asymptomatic or produce little symptoms. The first manifestation of disease is often the asymptomatic loss of small amounts of blood in the stool, not visible to the naked eye, making the early detection difficult. For this reason, many countries now offer systematic population screening programs.

Most cancers of the colon and rectum develop from polyps or adenomas. These lesions are benign but have a significant risk of developing dysplasia, and therefore are considered pre-malignant. The screening programs aim to detect cancer in its initial phase but also to identify and remove these precursor lesions. 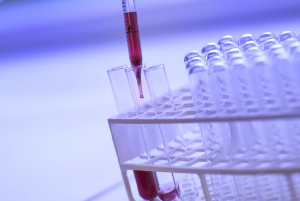 Due to the increasing number of cases, the screening for colorectal cancer is now considered a Public Health priority in Europe, and Portugal makes no exception.

Although the significance of the colorectal cancer screening program is unanimously proven (it has the potential do reduce mortality rates by at least 20%)3, there is no international consensus on the methodology that should be used. The strategies vary according to the human and financial resources available and the characteristics of each country. The most validated diagnostic exams currently in use are fecal occult blood tests (FOBT), rectosigmoidoscopy and complete colonoscopy. The fecal immunochemical test (FIT) is currently the most commonly used primary screening test worldwide and has been shown to contribute to increased participation rates, with appropriate sensitivity and cost-effectiveness10.

Portugal follows the European guidelines and has been developing the foundations for the implementation of a comprehensive population screening program. Thus, in Portugal, screening should be offered to the asymptomatic population aged between 50 and 74 years. As in most European countries, the primary screening test is the FIT, performed every 2 years. The convocation of patients for screening is ensured through their General Practitioners11.

In case of a positive result in the FIT (cut off of 100 ng/mL), the patient should be referred for colonoscopy, under informed consent and within the scope of the Portugal National Health Service, in an average period of no more than 30 days.

The referral algorithm after colonoscopy varies depending on the result of the exam and is performed according to the recommendations of the European Society of Gastrointestinal Endoscopy (ESGE)11.

Population-based screening programs for cancer have evolved significantly in Portugal during the last few years, with expansion of the geographic coverage, increased numbers of patients screened, and significant improvement in adherence rates. However, screening for colorectal cancer continues to present low countrywide coverage (about 19%)1, with significant regional asymmetry.

Portugal is currently making efforts to extend colorectal cancer screening throughout the country and to create the channels to adequately screen all the eligible individuals. As a result of the acknowledgement as a Public Health priority and the ongoing efforts, it is expected that in a few years, Portugal will be able to effectively reduce this problem.