Last meeting in Lisbon was awesome, full of interesting lectures and workshops but also of fun and new friends! Here you can read the words of two residents who attended the Winter Meeting in Lisbon. Don’t miss the chance to join us in Nancy!

Hello everyone, my name is Melchior. I’m a first year public health resident in France working in the city of Dijon. Just before starting my residency we had a small seminar in Paris where we met all the new residents and some of the older residents. We had presentations about public health and that’s how I first heard about Euronet MRPH and the meetings. As I’m feeling an European citizen I was totally into it! So I decided to fly to Lisbon for the winter meeting.

I really enjoyed participating in this meeting, you meet a lot of new people from all Europe, working in your same field. During these days you learn a lot. In Lisbon we had doctors from the National Public Health Institute of Portugal, talking about big data: how to get them, why do we need them, what can we do with them. As it was from a portuguese point of view I could compare the techniques to collect them and their uses with what is done in my country and learn from the differences.

We also had workshop sessions in small groups about specific themes. I choose one which looked like a « TED talk ». A professor taught us how to speak and behave when you do a presentation in front of people in order to be well understood. I have to say it was really useful to learn that: now I know a few tricks I can use in everyday life.

The meeting was well organised. Of course there is always some stuff that can be adjusted but hey…we’re only residents, so that’s cool! I thought each part of the schedule was well done, respecting enough coffee breaks and lunch breaks. It allowed us time to breathe and to speak to the other residents. Lunches were quite good and we could choose different meals. And let’s not forget the social part, each night was awesome and can be described with these words: culture, food, drinks, networking, partying!

I would highly recommend the Euronet meeting to others residents. I personally want to get more involved into it and try to come to most of the future meetings. I expect nothing less than what I’ve lived during these 4 days of winter meeting! 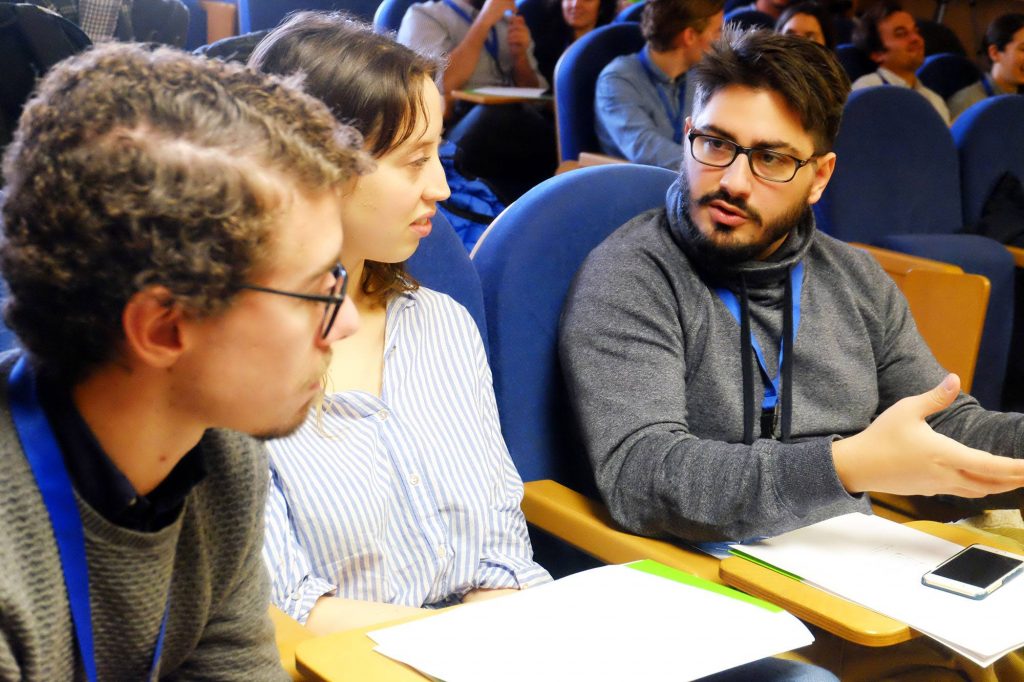 Our new Communication Team Lead, lovely Gloria, kindly asked me to write a short testimony about the Lisbon EuroNet MRPH 2017 Winter Meeting. Oh, boy was in trouble. I honestly did not know where to start. Three days packed with work, fun, sun, culture and love in “less than 400 words”. Fifty of which I already used☺ I needed help! Books! Dictionaries! References!

Merriam-Webster [1] online dictionary defines „testimony“, among others, as “an open acknowledgment or a public profession of religious experience”. That was it!

I can start by publicly and openly confessing that I believe in EuroNet! Of course, this was the case even before the Lisbon Meeting; otherwise, I would have not decided to preside over the Network this year and dedicate so much time and effort in it. But, Lisbon… you made me a true believer. To be honest, it was not really Lisbon itself (although the city is stunning). It was the Portuguese (organisers and participants) and people from all around Europe that made this Meeting such a success.

People. Ninety (nine, zero!) public health residents in total, a lot of them completely new to EuroNet, traveling half-way across Europe, curious to see what this thing is all about. And, saw they did!

Three days of content- and context-wise amazing lectures and workshops with top Portuguese public health experts as well as a lot of engaged participation in the Working Groups session and the General Assembly. That’s just next to the really important part – seeing old friends, meeting new people (soon to become friends), networking, exchanging experiences (good and bad), getting to know and enjoy Lisbon.

I’m already running out of words, so just six more. Pasteis de Belem. Thank you, Portugal!
See you in Nancy next March…

(I apologise for all the !!!’s, but the number of exclamation marks just shows how I still feel about this meeting, two weeks after my sugar level stabilised and my cheap and delayed flight took off from Lisbon.)

Damir Ivanković
EuroNet believer and its 2017 president
from Croatia